Surin Has a Problem (Continued)

There is no excuse (continued). 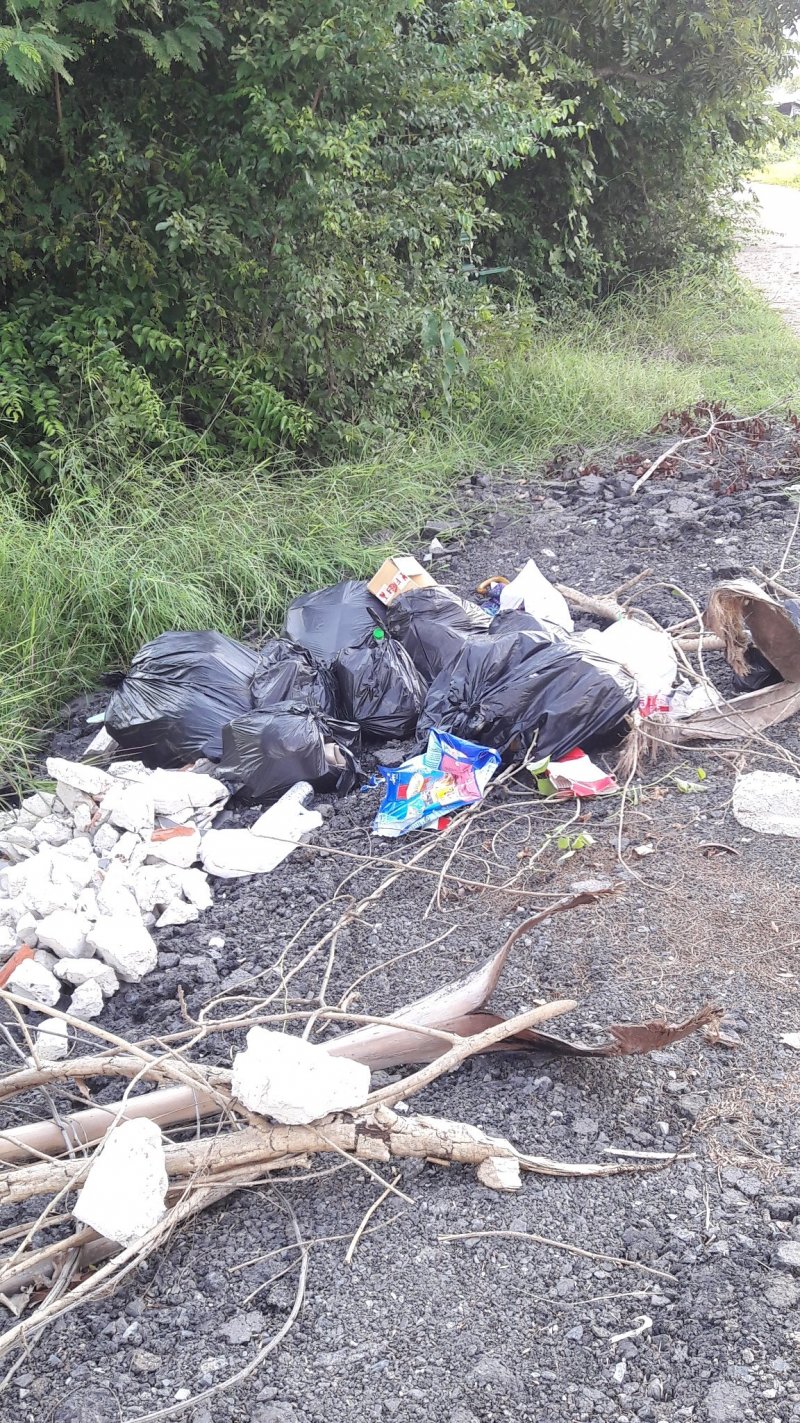 When our bin men did not collect for a few weeks (dump full, truck broken down) we were required (by my wife) to carry our rubbish into town under cover of darkness (around 04:00) and deposit in one of the numerous bins in town, or at least adjacent if they were full.

A Dark Red one!

There was about 5 different answers on Yahoo for that acronym. I think laziness is the excuse for using acronyms.

Yorky said:
There was about 5 different answers on Yahoo for that acronym. I think laziness is the excuse for using acronyms.
Click to expand...

I haven't a clue what that is supposed to mean.

Is there something wrong with "same ...., different day? What did you expect?

It's a good life for me, living among people that respect and show respect, so if things are not going the same for you...well, maybe there is a reason. I sincerely hope things get better for you, but a lot of that will be up to you.

Gee gotlost, sorry that makes you sad.
Get over it.

mario299 said:
Is there something wrong with "same ...., different day? What did you expect?

It's a good life for me, living among people that respect and show respect, so if things are not going the same for you...well, maybe there is a reason. I sincerely hope things get better for you, but a lot of that will be up to you.

It has nothing to do with respect as such, well in a sense it does. It is all to do with waste management and the lack of it. On my farm I am responsible for all waste management.
Very little gets burnt which I regret. Damned plastic packaging. Which I try and minimize as much as possible. When I do burn I use high temperature incineration. I plan to build a fan forced and waste oil burning system. Others around me in the village bring the waste out and dump at the side of any road, like in your photo @Coffee. Young families cannot burn disposable diapers in the village as they get complaints of stench. So what do they do ? At night they dump them around every where. It is the Tambon that has no respect for its folk leaving them to their own uneducated devices to cause the problem.

mario299 said:
Gee gotlost, sorry that makes you sad.
Get over it.
Click to expand...

I think a lot can be put down to some people dumping there rubbish in other peoples back yard.
Sometimes a truck load.
C

Is this the area where the dumpster in Thep Thani used to be?

Cent said:
Is this the area where the dumpster in Thep Thani used to be?
Click to expand...

No. Photo not taken within Thep Thanni Village.
Photo residential road within 1km of Thep Thanni.

Maybe it's because I as a kid was always told by my parents not to drop litter.
Maybe it's because there was a huge "Keep Britain Tidy" movement on TV showing clips of cartoon characters dropping or collecting trash and, later, celebrity actors clearing rubbish in comical style.
Maybe it's because I was born and brought up in a National Park where, at one time, visitors (and locals too) treated the countryside with greater respect.
Maybe it's because I became a policy director of an environmental charity within that park, and had responsibilities to help reduce the amount of trash that people left behind when camping, walking, climbing, fishing or just driving around to view the scenery.

Whichever, I cannot stand seeing junk dumped any old place. It winds me up. Particularly when it is plastic junk - bags and bottles or other packaging. They simply should not be necessary at a time when the world recognises the damage that they cause to our environment.

It is easy to blame those who drop the trash for being too lazy to take it home with them. Here, the problem stems from there being inadequate facilities for householders to dispose of the rubbish even if they take it home. So, let's tackle the issue from the opposite direction and blame product manufacturers and stores for using non-degradable materials when they sell their wares to the public. Bottles used to be taken back to shops by kids for a few pennies of cents of pocket money - and they learned that other trash wasn't to be dumped anywhere other than in bins: a good habit to learn. Parents who smoked cigarettes and threw the stubs and packets away in the street showed terrible examples to their kids who would then throw their sweet and candy wrappers away in the same way. Watch as car drivers wait in carparks or at traffic lights and throw the contents of their ashtrays onto the street! Who taught them to do that?

Here, waste treatment facilities for the public are woefully inadequate, but we can rely on our trash being collected from our gates by "rag and bone" men and women who find money in recycling. It doesn't extend to those builders and contractors (and others too) who dump construction waste as Coffee's photo shows. Creating landfill sites is not desirable anymore, but allocating space in appropriate surroundings for those who have no other options would be reasonable: the rubble could be crushed and reused - for raising construction land levels for example. Eventually, the dumped rubbish does seem to be cleared away, somehow. Why not do this immediately rather than wait months or years? It takes funding of course, but costs increase with time, they don't reduce!

Videos of rivers, lakes and klongs show quite graphically the volume of waste with which Thailand is burying itself. The West is also guilty of sending its waste to S.E. Asia (form which some of it is now being refused and returned to the West!

I once lived in a county where recycling plants were created that encouraged the public and traders to take them their trash, including garden waste and old construction materials. There, they were sorted, and vouchers were issued that gave those delivering their waste "free" compost or soil improver (the latter was actually dried and sterilised waste from sewage plants.) There must be scope for similar facilities here, and when the public is encouraged to use them - for something in return - the problem will eventually stop.

I wish I had the resources, or at least the influence, needed to make this work. Who would have thought a few years ago that it was possible to limit the numbers of plastic bags given away to shoppers? Let's see the same initiative being applied to plastic bottles! Too difficult to carry larger ones? No problem! Add something to the plastic mix that makes them a more valuable item to salvage - or do as one Scottish company has pioneered: Take rubber and plastic waste and crumble it into particles that can then be added to Asphalt for road surfacing. When the surface is worn out, it too can be recycled and incorporated into new Asphalt to resurface more roads.

The list of potential solutions is virtually endless when some thinking is applied.
C

I believe you have to get the children involved probably by schools having special lessons and projects, if you can enthuse the kids they will take the message home.
I have also noticed driving around how some villages are much more litter free than others

Agree with you. When I lived in a rural village, the local school used to have the kids clearing up rubbish on wednesdays, when they were dressed as scouts/girl guides.

ColinW said:
I believe you have to get the children involved probably by schools having special lessons and projects, if you can enthuse the kids they will take the message home.
I have also noticed driving around how some villages are much more litter free than others
Click to expand...

Agreed, Colin. Ten Mee village (near to Ampuen reservoir) is a good example of a tidy village. Most of the homes look as though their owners have a pride in the place. There are others too of course.
You must log in or register to reply here.
Share:
Facebook Reddit Pinterest Tumblr WhatsApp Email Share Link
Top